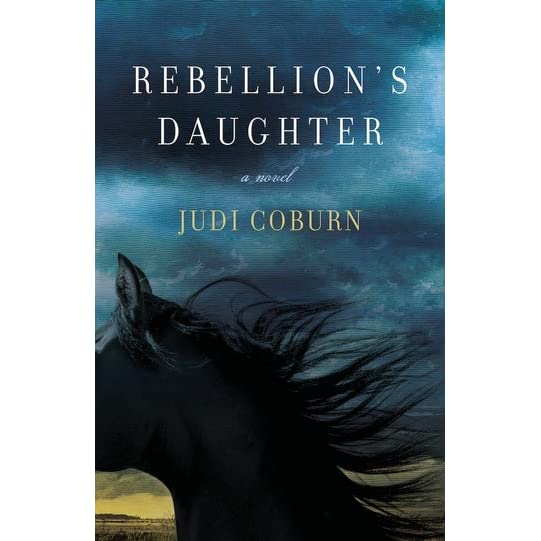 Rebellion’s Daughter is an excellent work of Canadian historical fiction and is the best that I have read in recent years.

The author, Judi Coburn, is a retired English and History teacher who worked for 18 years researching and writing Rebellion’s Daughter.   It is woven around the possible life of Eunice Whiting who lived through the rebellion of 1837 and its aftermath in Upper Canada.  Judi Coburn learned about Eunice from Charles Dickens’ book, American Notes, where he briefly describes his interview with Eunice Whiting in the Kingston Penitentiary for Women.  Eunice had been very sympathetic to the Reformers and William Lyon Mackenzie’s rebels, and she was serving a three year sentence for horse theft.

Judi Coburn brilliantly explores the role of women, social class, immigrants, hard living and working conditions, and political conflicts between Tory and Reform sympathizers in Upper Canada. Judi Coburn places Eunice in the Niagara region and Eunice has 2 older sisters, one older brother, brother Clay just a year or two older than her, and a younger sister.  Eunice’s family experiences pandemics with the loss of her younger sister to diphtheria and Clay and her mother to cholera.  Eunice’s father is over-bearing and so she runs off to her Aunt’s and Uncle’s, and then is placed with the neighbouring Grouse family. Here she learns to milk cows, make cheese, and meets a young man, Jacob, who falls in love with her, proposes and whom she marries at the age of 15.  Jacob and the Grouse boys are sympathetic to the reformers and rebels and Jacob joins them at Navy Island.  Eunice and Jacob are separated and her marriage ends.  Eunice travels around the district looking for jobs on farms and in hotels, disguises herself as a boy to work in lumber camps, and “borrows” horses to move from town to town.  She is captured, tried and sentenced to three years in the Kingston Penitentiary for Women.  Coburn explores the lives of the different women in the penitentiary including female African American fugitive slaves from the U.S.A.  This is a powerful analysis of social conditions and female perspectives, and Coburn uses penitentiary archival material as the foundation for this part of the story.

Eunice Whiting emerges as a bright, bold and dynamic young woman and her story is very gripping.  Readers will learn a great deal about life in the first half of the nineteenth century Canada and the potential emotional roller-coaster experienced by young women and men.