The Wilson Institute is proud to host, as part of its ‘Syndemic Series,’ Nancy Fraser of the New School for Social Research.

“The Covid Pandemic: A Perfect Storm of Capitalist Irrationality and Injustice.”

Dr. Nancy Fraser is the Henry and Louise A. Loeb Professor of Philosophy and Politics at the New School for Social Research. She is the co-author of Feminism for the 99%: A Manifesto and Capitalism: A Conversation in Critical Theory and the author of Fortunes of Feminism: From State-Managed Capitalism to Neoliberal Crisis and Scales of Justice: Reimagining Political Space in a Globalizing World. Her articles have appeared in numerous journals, including American Affairs, New Left Review, and European Journal of Social Theory. Dr. Fraser will present her interpretation of 2020-21 and will be available to answer questions.

Nancy Fraser is the Henry and Louise A. Loeb Professor of Philosophy and Politics at the New School for Social Research. She works on social and political theory, feminist theory, and contemporary French and German thought. A recipient of the American Philosophical Association’s 2010 Alfred Schutz Prize and of the Doctor Honoris Causa from the National University of Cordoba (Argentina), Professor Fraser held a “Blaise Pascal International Research Chair” at the École des hautes études en sciences sociales in Paris in 2008-2010. She has also received fellowships from the Stanford Humanities Center, the Bunting Institute, the ACLS, the Humanities Research Institute at the University of California-Irvine, the Institut für die Wissenschaften vom Menschen in Vienna, the Wissenchaftskolleg zu Berlin, and the American Academy in Berlin. She has taught at Northwestern University, Johann Wolfgang Goethe-Universität in Frankfurt Germany, the University of Paris, the University of Groningen (The Netherlands), and University of the Balearic Islands, Palma de Mallorca.

In 2011, she was Humanitas Visiting Professor of Women’s Rights at Kings College, Cambridge University and Donald W. Gordon Fellow at the Stellenbosch Institute for Advanced Studies in South Africa 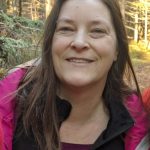 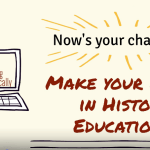 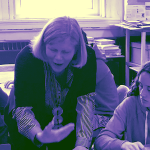