This is part 1 in a five part series. Check out each Monday morning from now until Nov. 8

For more than six decades an enduring genre in pop culture has been the espionage movie with James Bond as the archetype with scores of imitations in movies and television from Jason Bourne and Mission Impossible to Maxwell Smart and McIver. The fictional spy character has origins in real life and these origins shall be presented as a sample lesson in this guide.

This guide focuses on the people, work, and accomplishments of the Special Operations Executive or SOE. It operated during WW-2 following the defeat of France. SOE was based in the UK and recruited hundreds of men and women, including Canadians, to go behind enemy lines. In such a hostile environment their mission was to link up with resistance fighters, supply them with weapons and other resources, and assist in disrupting Nazi communications and transportation systems by whatever means necessary.

One resource that powerfully presents such people and events is Secret Liberators: Canada’s SOE Agents in Occupied France. This 47-minute documentary film wasproduced by Breakthrough Entertainment and is presented by the King and Empire Foundation whose mission is to preserve important aspects of Canadian history www.kingandempire.ca Secret Liberators and the other films are free to use. Note that it may take 30 seconds to access the film. The link is near the bottom right of the website.

While Vimy Ridge, trench warfare, In Flanders Fields, Dieppe, and D Day are universally featured in Canadian History curricula for the 20th Century, there are many important events and ideas that go unnoticed yet are worth memorialization and commemoration. In World War Two what happened behind enemy lines turned out to be a key to victory. The people and their stories should be recognized and studied for applications to our present and future lives.

This guide has several sections.

The 47-minute film has several points where there are clear breaks allowing you to stop the film to explore the main features of each part, or you can choose to show some parts and not others.  This enables students to explore according to their interests or as an aspect of independent research projects.

Overall Themes that can be explored throughout the film.

The World of Spies: Throughout human history governments have had agents in foreign countries, even during peacetime, to “keep an eye” on developments that may affect their country. At the highest and sophisticated level (originated in Europe in the 14th century CE) ambassadors to a country are there to ensure peaceful and beneficial relationships between the country to which they are assigned and their home state. They operated (mostly) in the open.

During wartime agents work in secret as noted in the film.  One source for exploring this theme is the International Spy Museum in Washington D.C. (www.spymuseum.org).  Another source would be to do an online search for “Special Operations Executive” that leads to a number of comprehensive sites in the UK where SOE was created.

Technology in War: While we make a big deal in our classes of planes, tanks, aircraft, poison gas, etc. the world of secret agents has an amazing array of technological devices crucial to the mission. Secret Liberators introduces us to codes, radio links, direction finders, magnetic mines and more. For those wishing to go further into this realm, the Spy Museum noted above has an array of offerings, each of which could lead an interested student deep into this world. In doing so, this theme has its modern equivalents in most classrooms and is familiar to most students, especially social media. One issue to explore, and in greater depth in Secret Liberators, is how a particular technology, the radio message can be used for good or for ill as it was in the “radio game”. The two-sided nature of social media has become increasingly important in our world and demonstrates more need for “media literacy” as part of school curriculum.

Heroism: Throughout Secret Liberators, Norman Christie, the historian who appears in the documentary, often notes and praises the work of those in SOE.  How were the people in this documentary “heroic”? Is there a difference between being heroic and being foolish? During peacetime, how can young people be “heroic” today and in the future?

The following Canadians were featured: Al Sirois, Gustave Biéler, aka “Guy”, Frank Pickersgill and John Macalister as well as numerous French resistance fighters and British agents such as Yolande Beeckman. These people have fascinating histories worth exploring. Resources for going further appear at the end of this guide.

Future posts will outline how the documentary breaks down with brief breaks to mark each part. Each part introduces the time period to be explored. 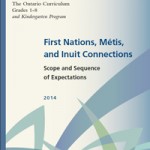 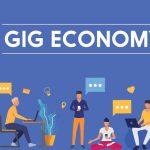