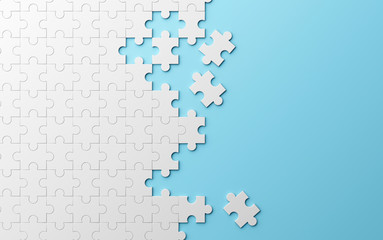 I haven’t written about my attempts at inquiry with my grade 11 World History class since October, 2018 when I mused about historical perspectives on Athenian democracy. Since then, I have been in experimental mode. After the Greece and Persia unit (or perhaps toward the end of it, I can’t quite recall), I decided to switch things up considerably in my history class.

Becoming ever more disturbed by my students’ diminishing attention spans, I decided that I needed a way to gain their attention. In other words, I needed to win the battle against their cell phones. Since I’m neither super creative nor super exciting as a teacher, I decided to simply move the desks from groups to pairs. It was a disheartening task. I had come to believe that sitting in groups was one of the most important factors in successful inquiry-based teaching. It turns out that when some students’ backs are to me, they are even more likely to be distracted by their phones. The subject matter, no matter how engaging (I thought) could not compete with their phones. The students seemed unable to think on a deep (and critical) level because they were so unfocused. The turning point came when the students were struggling on an inquiry into Greek women using primary source evidence. What should have been an interesting, open-ended inquiry challenge (as it has been in past classes) turned out to be a disaster. I had to teach them – directly and step by step – HOW to think. I shouldn’t have been shocked, but I was. I was devastated. (If you want to see how I created a structure to teach them how to think, see my teaching blog under the Tues. Oct. 16 date – the document is called Help with Greek Women Write-up.)

Needless to say, most students were not very happy about the seating switch. Not only were they now in pairs, they were in pairs carefully chosen by me. I was initially quite pleased with the students’ newfound ability to concentrate longer. It wasn’t perfect, but the change was taking their learning in the right direction. They were able to finish the Greek women primary source analysis with much more focus than before and, for the most part, the marks were pretty good.

More importantly, I simultaneously decided to switch up my teaching methodology now that the students were in pairs. I didn’t give up on inquiry entirely, I just added in a lot more direct instruction. It has taken a while, but I am beginning to see the benefits.

What the Research Says About Direction Instruction Combined with Inquiry Learning

It turns out that I was intuitively doing something that matches with findings from recent research. However, I had not read more than a headline or two about direct instruction in combination with inquiry. It was more something I felt based on 20 years of experience. As ever, the inquiry guru at my school, Chris Meyer, shared research clearly showing data that supports a “sweet spot” where inquiry and direct instruction combine to improve students’ results.

Those of us who have been trying inquiry have probably sensed this sweet spot, or at least a hint of it, for a while. One of the biggest concerns with inquiry from newbie teachers is how to support those students who don’t comprehend the basics, let alone the deeper inquiry stuff.

Well folks, I don’t think it needs to be a scientific formula. Something I have always believed is that variety is the key to successful teaching, and thus learning. Certainly, teaching needs to be based on more than a hunch. I ‘m happy to report that my hunch is backed up by research!

In the Rome unit following the seating switch, I still tried to maintain an inquiry style. However, I paired it with what I thought would be a helpful amount of direct instruction at the start of the unit. To keep the inquiry feel, I put the students into roles right at the start of the unit. The roles (patricians, plebeians, jury) related to our upcoming trial of the assassins of Julius Caesar. I was confident that the direct teaching for about two periods at the beginning of the unit would suffice to provide background information so that students’ roles would make sense in the historical context. Though my students produced an excellent trial (assessment as and for learning), the end-of-unit test revealed many gaps in their learning. Initially I was very disappointed in my students. Upon further reflection, I realize that I didn’t use direct instruction in an effective manner. I needed to circle back a lot more to reinforce the direct instruction. It wasn’t enough to have done it once and to have provided a PPT they could always go back and check.

After Rome we went to the China unit. Though it had a somewhat inquiry-based start, the unit was one of the most directly taught that I have done in years. I’m not ashamed to say that; it was what was required at the time. Not only was I dealing with the inquiry issue, I was still battling to keep students’ attention away from their phones. I put a lot more phones in my bucket that unit. It also didn’t hurt that I had told students I wanted to make another big switch: their China quiz would be closed book. This was a sufficiently motivating factor as shown through their relatively solid marks on the short written portion of the quiz.

For the Middle Ages in Europe and Islamic Civilization unit I continued the increased direct teaching with a few inquiry aspects here and there. The trick seemed to be to constantly reinforce what the students had learned, possibly owing to the fact that today’s students have little retention because of way they use their phones and access information so easily. I won’t have any data to indicate success (or failure) for this unit until the exam at the end of January.

I recognize that I could be learning some regressive lessons here. I hope I am not becoming too much of a direct teacher who just prattles away while students passively sit there and absorb. I must keep my eye on the prize: combining useful and repeated direct instruction with interesting and relatively challenging inquiry pieces.

It is not easy for me to admit what a struggle the past few months have been. I have questioned everything: my abilities as a teacher, inquiry-based learning itself, phones!

The next challenge will be grade 12 World History next semester, a course which I purposely designed to be almost totally inquiry-based. I will continue to adapt.

Risa Gluskin is a World History and Student Success teacher at York Mills CI in the Toronto District School Board and past editor of Rapport. 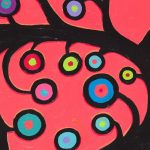 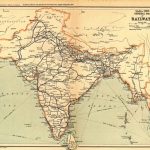