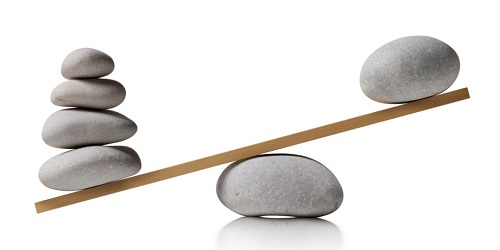 Students have to balance their current views on democracy and their historical perspectives on ancient Athenian democracy. Pepples were used to vote.

In the open-ended world of inquiry-based learning, “historical perspectives” is often the most open to debate, I find. In my current grade 11 world history class, which I’ve only known for about a month, we’ve had some pretty fierce discussions about it already. My yellow “presentism” card has come out frequently with students often challenging me on its use. I love that!

In grade 11 history I introduce one historical thinking concept (HTC) at a time. First, we do significance with Mesopotamian innovations, then we do continuity and change with Egyptian case studies of Hatshepsut and Akhenaton. Causes and consequences are introduced next with Egypt’s decline and the decline of the Indus Valley civilization. Primary source evidence is woven throughout.

Where does that leave historical perspectives? Over the years, I have found it harder and harder to keep it separate (not that I see HTCs as separate silos – I just introduce them separately for the sake of not overloading the students with all of the HTCs at once in the mixed level course). Historical perspectives may be the lynchpin that holds all the HTCs together.

By the time we get to Greece in our course, usually around this time of the year/semester, historical perspectives have become ripe for debate every time they are broached. I must have been feeling this way last year as well because I created an inquiry activity for historical perspectives that would lead into our exploration of Athenian democracy.

Last year more than ever I was helping my class to see connections between current life and ancient history topics. I would say this has been a weakness over my career, one I hope I am addressing more effectively now. However, despite this emphasis on modern day, I still had concerns about how the students would perceive the topic of Athenian democracy. My biggest question mark was their own understanding of democracy in Canada. Shall we say I’ve found it less than stellar over the years!?! I didn’t want students going into the Greece unit with an overly simplified view of democracy, Greek or contemporary.

To allay this concern, I did some research on democracy myself. Admittedly it has been a hot topic in the news and in books with all of the warnings about the rise of fascism, with books such as How Democracies Die by Steven Levitsky and Daniel Ziblatt, or How Facism Works: The Politics of Us and Them by Jason Stanley. From Statistics Canada I gathered some data pertaining to voting: age, gender and turnout. I suppose what I wanted to show my students (otherwise known as future voters), or let them see in inquiry parlance, was that our democracy is imperfect. I paid special attention to statistics relating to turnout amongst the age group just above them.

All of these Canadian statistics were presented in the light of a simple chart on Athenian democracy that highlighted who could and couldn’t vote and that ultimately only 12% of Athenians – the supposed capital of democracy – could vote. I suppose my intent was to not only show the negatives of Athenian democracy but to highlight that Canada’s democracy wasn’t flawless in comparison. Of course, it all depends on one’s perspective.

*Metics were foreigners or Greeks from other city-states that settled in Athens, normally for purposes of trade. They became a key part of the city state’s economy, industry, and education system.

Source: Josiah Ober, The Rise and Fall of Classical Greece, 2016. From Stanford History Education Group, Reading Like a Historian.

This year a somewhat lively debate did ensue, though I have to say that this lesson took place last Friday afternoon and the focus was less than stellar.

The consolidation of the inquiry required students to pick their top 3 amongst a set of criteria for democracy. Last year, it was fascinating to see the criteria they chose. Not surprisingly the students gravitated to elected positions, free and fair elections, rights and freedoms. What puzzled me the first time I did this activity was what students asked questions about: what does it mean to be accountable to the people? What are majority and minority rights? What is input into bills? As a former Civics teacher I cringed but tried not to roll my eyes! As a world history teacher I saw an opportunity. Greek history could fill in those trouble spots. This year there were few questions, sad to say. We did meander off into a short discussion about the possibility of Toronto declaring independence from Ontario and potentially becoming a city-state, or polis.

Last year one of my goals as an inquiry teacher was to have students form hypotheses at the beginning of class and return to them at the end of class. Testing of hypotheses is a crucial part of how the brain learns naturally (see previous blog post). This year I tried something a bit different. In the first stage of the lesson students commented on the apparent fairness of Athenian democracy (using only the Athenian population breakdown chart). I came back to this at the end of the class to see if, having seen some data about Canadian democracy, they still felt their earlier perspectives/criticisms were valid. In theory it would have made a great consolidation. As I said, this year’s lesson was on a Friday so the buy-in was negligible.

All I really want is for students not to have a simplified perspective on either ancient or modern democracy as all good or all bad. Everything is nuanced. Historical perspectives allows students to develop that aspect of critical thinking.

If you’d like to see my entire set of data from Statistics Canada, go to my teaching blog, look under Fri. Oct. 12 for Historical Perspectives On Democracy. 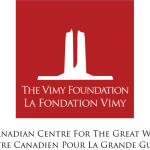 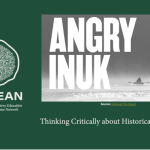 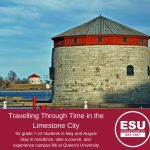 Rapport: Travelling Through Time in the Limestone City