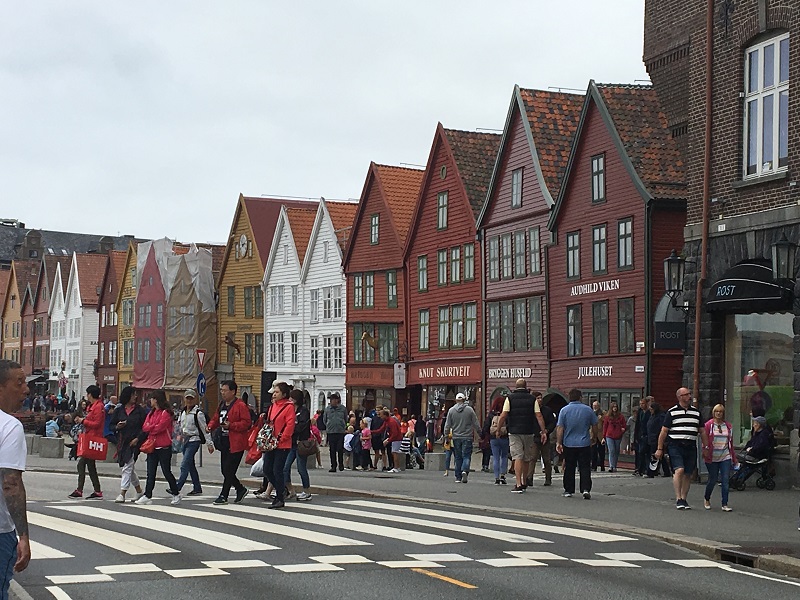 This is the old town at Bergen, Norway, where the German Hanseatic League basically ran trade in Europe from the 1200s to 1500s. It’s now a World Heritage Site. Many of the buildings are sinking and the supports are being rebuilt (you can see a couple of buildings with covers).

Across the street is a WWI monument of a mine from that period, erected in 1921. After the war it was opened and people would donate money, etc. inside it for families who had lost loved ones in WWI.

This is a view of Bergen from above (I’m with Mom & Dad). In WWII during the German occupation a similar incident as the Halifax Explosion occurred in this harbour. The Germans thought it was an attack because it happened on Hitler’s birthday, but it was just an accident.

Sandy Kritzer is Past President of OHASSTA.