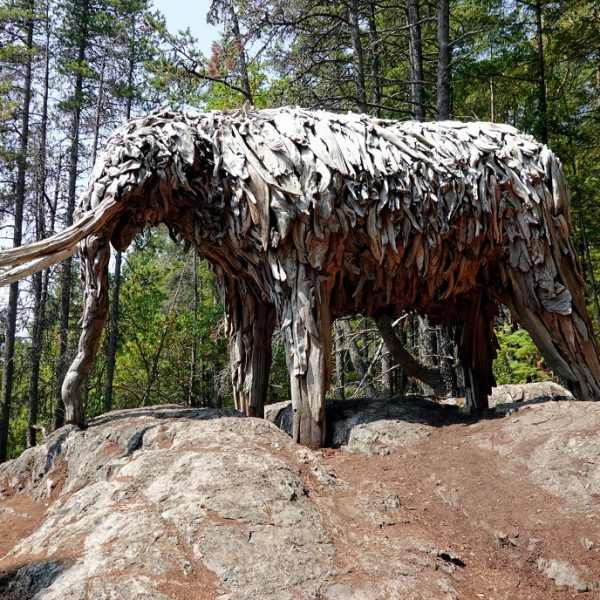 This summer in British Columbia I came face to face with a mastodon!

Not a living one but an ode to one, a life-size artist’s rendering made out of driftwood by Guthrie Gloag. This incredible work of art is entitled “Mourn.” Halfway up a forested mountain (or what seems halfway up a mountain) in a supposedly secret location on Bowen Island, Gloag has recreated a member of an extinct species. It was a jaw-dropping moment as I climbed up one last very steep section to reveal a clearing in which a mastodon was proudly standing atop an outcrop of rock. After being there for about 45 minutes, taking the requisite family photos, I enjoyed the look on the next surprised visitor’s face! Awe.

Also in BC, I visited Mile 0 and the Terry Fox memorial at the very end of Victoria’s Beacon Hill Park. Mile 0 refers to the beginning of the Trans Canada highway where Terry Fox was supposed to end his cross-Canada Marathon of Hope. I have to say that I felt very Canadian there, and of course I teared up. I believe I participated in one of the first school-based Terry Fox runs at my running-obsessed junior high school in 1982.  I still remember the 5 km route.

As a lifelong Toronto resident, the closest I’ve ever come to a Totem Pole is the rather lifeless one in the staircase at the ROM that many of us have seen over and over on our trips to the museum without giving it much thought. This summer in Duncan, BC (about halfway between Victoria and Nanaimo on Vancouver Island) I found a place where the meaning behind Totem Poles became more obvious. Duncan, the self-styled “City of Totems”, is home to over 40 beautifully carved poles, each one with an explanation of the symbolism and a biography of the carver. If you can’t go there yourself, check out their Totem tour online. In the photo below is Doug LaFortune’s Wind Spirit or Halibut pole. Interestingly, it was across the street from the bagel shop where I stopped for lunch.

Photo from Duncan, BC Totem Tour.

If you have Canada Travels stories to tell, please email me ASAP at risa@cabal.org for inclusion in October’s blog posts. 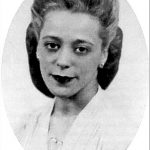 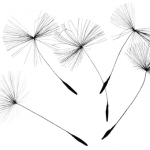