Doing differentiated instruction in terms of product format is not new. However, it is to me in my grade 11 World History culminating activity. I have always had all students do an essay as their final product. I have gone with choice this semester.

I’m not claiming that choice is a new innovation – we’ve all probably been giving students some choices for a long time. However, in light of my attempt to become more of an inquiry-style teacher I thought it would be more authentic if I let students decide how they wanted to present the results of their inquiry. After all, the inquiry is the main thing. Why then must its results be formalized in a specified way?

Students have already chosen a civilization of interest to them (though the choices were limited based on resources we have available in our school library). They have already generated inquiry questions and done preliminary research. Recently, they also completed a timeline-with-attitude that shows perspectives of different groups of people on whether events fall under progress or decline.

At first, when I was marking the timelines I thought I had made a huge mistake letting the students choose their own civilizations. The first few Viking and Mongol timelines sounded exactly same. Then I started to see real creativity as some students highlighted diverse perspectives within the civs. Phew, at that point it would have been far too late to back off the choice experiment!

These are the five formats:

There is at least one person doing each format, with the largest groupings coming from museum display and story book. The fewest are doing video and posters; I’m kind of glad few people are doing the video because I feel the least competent in preparing the students for that product. I will take the variety of choices as a sign that most people found something they were interested in. At first, I thought most students would choose the essay just because it’s what they’re most familiar with. I’m glad that didn’t happen.

My biggest preparatory task was to generate rubrics that assess the students on the same things (generally) no matter the format. I had pre-existing assignments and rubrics for all of the formats (except for video) so it wasn’t that hard to adapt them or boil them down to their skill essentials. To see what I came up with, feel free to visit my teaching blog. What took more time was developing samples and outlines for each. Given that I had spent 18 years developing every possible scaffold for how to write an essay, I now felt like a newbie all over again as I developed materials for how to create a museum display, set of posters, etc.

In the end, what I hoped to do by giving students choice of product was to increase their buy-in to the inquiry. Mission accomplished, at least in terms of working in a format of their choice. This has been a very interesting experience for me in reflecting on how students see choice; do they see it in a fearful way? Or as an opportunity for (maybe this is going too far) growth? For the most part, based on my observations, I’d say that most of my students are veering toward the latter. I’d like to think it’s because they’ve been given the opportunity to steer their own path. 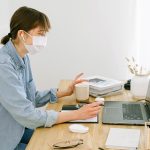 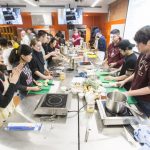