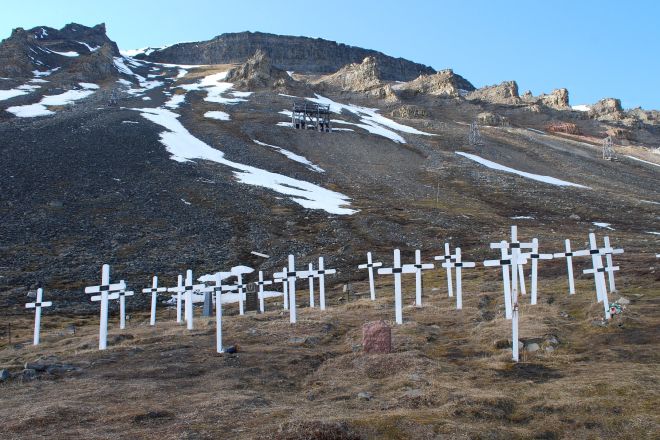 Canadians have a certain smugness, we know more about the history of our neighbour than our neighbour knows about us.  Do we?  American history, generally yes that statement holds true; we know more American history than Americans know about Canadian history.  Our knowledge of our southern neighbour is better then our southern neighbour’s knowledge of us. Equality is evident in the awareness of The Spanish Flu. What of our immediate eastern neighbour? What do we know of Danish history?   If it were 1914 the question could be rephrased: what do we know of Newfoundland and Labrador’s history?  And still going east in 1914 Greenland, Iceland, and Denmark; what do we know of our eastern neighbours’ history? What patterns are similar?

Global events impacted both Canada and her eastern neighbours equally and differently.  In August of 1914 when Great Britain declared war on Germany both Canada and Newfoundland found themselves at war without any real say.  For Greenland and Iceland it was neutrality not because they were ambivalent about world events but Denmark declared neutrality and so its colonies were automatically neutral.  For Iceland this was a blessing as it had a large number of immigrants of Germanic decent and sympathy. Taking a side in the war could have proven complicated but for Iceland – problem avoided.  The question in Greenland may have been moot.  The European population was extremely small and predominantly Danish.  No thought would have been given to asking the indigenous population their opinions.  Regardless, a foreign power was charting the course of events.

Colonialism was a strong influence then and today.  Danish authorities appear to have a paternalistic view of indigenous peoples.  As I observed on a visit to Greenland in 2011 to the town of Nanortalik, the Danish government official behaved, in my opinion, like a traditional Canadian Indian Agent.  He welcomed us very graciously and warmly, explained what was going to be happening over the next couple of hours then handed over the programme to the locals, to his “children”, to perform their quant rituals in traditional costume.  Copenhagen is a long way away, and it thinks of the Inuit population as troublesome, drunk, lazy and a burden on the public purse. It all sounds too familiar.

Iceland has no indigenous population.  Iceland was discovered by Norwegian explorers, ruled by Norwegians, then by Danes.  No indigenous contact.  Icelanders claim there is no archaeological evidence pointing to pre-European use of the land.  Have the Inuit of Greenland or Canada been consulted on this question? Twenty to twenty-five percent of colonists to the Thirteen Colonies were transported.  Individuals charged with one of twenty-three possible capital offences in Britain, found guilty, and given two simple options – hang or go the States as an indentured servant.  Seven years of servitude in the New World, transported individuals bought and sold in the market place. Someone was making a lot of money transporting ‘criminals’ to the States and it wasn’t Virgin Airways.  The colonies revolt.  Now where do you send the criminals? Simple, Newfoundland, except the colonial governor said no.  Australia.

Iceland had similar issues.  Norway banished a series of convicted criminals (Vikings). If they returned to Norway – death.  Those banished set sail stopping in the British Isles, picking up a few reluctant volunteers, mostly female, and went to Iceland.  To most Icelanders this is the settlement story.  Nobody from the West visited Iceland.  Maybe nobody did but has anybody asked the Inuit?

By 1918, Iceland, like Canada, vastly underpopulated, had seen the world at war.  As a neutral Iceland’s medical community did not have to go overseas.  When the Spanish Flu stuck Reykjavik there was a strong, scientific European trained medical establishment in place to cope with the flu.  Still the Spanish Flu was devastating to Reykjavik; over fifty percent of the population died but the flu was contained to Reykjavik.  With the flu’s aftermath there was not the same social disruption as experienced in Canada.  The Icelandic ruling elite followed and emulated Danish custom in the same way Canada’s ruling elite were Anglo-Saxon.  Yet the elite in Reykjavik did not discriminate against the recent immigrant to the same extent the Anglo-Saxon elite did in Canada.  Housing was more adequately distributed and access to medical help more evenly accessible.  Although not much comfort to the fifty percent who died, the flu was basically contained to Reykjavik.  The Spanish Flu did not cross the island like it raced across Canada.

Denmark, of all the European countries, contained the impact of the Spanish Flu most effectively.  A fact not wasted on the Icelandic population exacerbating an ongoing resentment between Copenhagen and Reykjavik.

In the same time period, Iceland, like Canada, had catastrophic disaster.  In Canada there was the Halifax explosion followed by the Spanish Flu.  Iceland had the flu followed by a major volcanic explosion in the southeast of the country.  Fortunately for Iceland, unlike Halifax, the population of the affected area was very sparse. And, like Canada, the Spanish Flu and the explosion are remembered as side shows to other events.  Both countries have extensive data related to the world’s worst pandemics and a thin memory of the events.  For Iceland, 1918 was the year of domestic independence.  A Danish King ruled the country and Icelanders swore allegiance to a foreign king but had control over their domestic policy.  Icelandic foreign policy was controlled from Copenhagen, the final court was there as well.  Only in 1944 did Iceland achieve full independence.

Greenland, Iceland and Denmark share common events, geographical features, and historical patterns.  The road to autonomy for Canada and Iceland holds many similarities.  In both countries the world’s worst pandemic is well documented but overshadowed by other events.  In both countries we don’t talk about it. We really don’t know each other yet have similar issues marking historical events.

Mike Clare is the Treasurer of OHASSTA and was a lecturer at UOIT. He has travelled to Iceland numerous times.

Adapting an Indigenous Lens to History Curriculum: Starting from Scratch 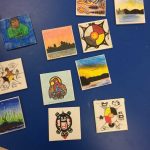 Rapport: TRC Call to Action 63.1 and The Junos