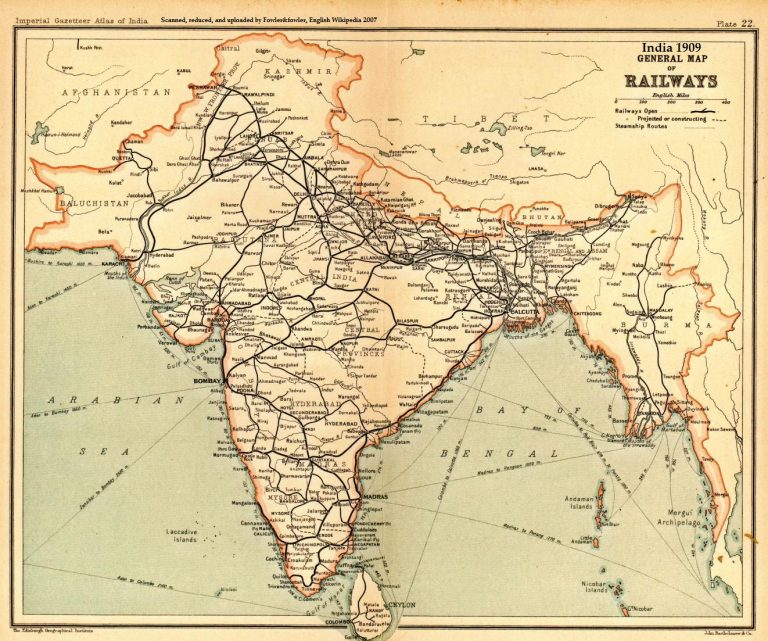 One observation I’ve made in the past few years is that students do worse on the most content-heavy lessons. How do I know they “do” worse: Assessment as and for learning. My most content-heavy lessons are on the French Revolution. I cram 1789 to 1973 into four lessons, one of which is on feminist historiography and women’s contributions to the revolution. I have to admit that the first three lessons are more traditional and socrative than inquiry, though I weave in lots of role-playing throughout. I like my last lesson, however. In it I challenge students to think about whether women’s contributions to the revolution (such as the bread riots) should be taught separately from the revolution (as I do) or woven into the main lessons on the revolution. After telling my students that when I searched the books in our school library on the topic of women in the revolution I found nothing, I present the views of three feminist historians. Last year, my highly excitable class got really into this question and a great discussion resulted. This year, there was a little discussion. That may have been because we ran out of time. We didn’t even get to the primary source document: “Declaration of the Rights of Women” by Olympe de Gouges. In order to solve the problem, I put the de Gouges document on the quiz and came up with this question (which I really like):

Every year, a group of French women protest the fact that De Gouges’ remains have not been reburied in the Pantheon in Paris amongst the likes of Voltaire and Rousseau (and Marie Curie). What would a feminist historian say about this?

Time is a huge factor in the success of students’ learning. In history classes, everything always seems to rushed. Sometimes we must take a deep breath and pause. When history is not presented in narrative format, as in a document-based course, students often don’t see the connections from lesson to lesson. In other words, they may perceive lessons to be disconnected islands.

In a recent lesson on the French Revolution I decided to give my students a brief pause. Something told me they needed it; they had that look in their eyes – we are overwhelmed with information!!!  Instead of layering on more, I wanted them to them see how many connections they could actually make between what they already knew about the French Revolution and the previous topic of the Enlightenment. I did this by listing enlightened characteristics (tolerance, emphasis on rights, individualism, etc.) on the board as headings (plus democracy and centralization) and asked students to identify things that the Jacobins had done that either matched (√) or opposed (x) these. Each student had to write something on the board. They started slowly but eventually almost everyone worked up the courage to contribute a point. We surveyed the trends (√s and xs) and tried to make some interpretations about the Jacobins and the direction of the second phase of the revolution. I felt like they appreciated the opportunity to take that pause to catch their breath in this fast-moving course.

Motivation and Inquiry – Minds On

Those of you that have a student teacher (teacher candidate) for a month or more know it’s a big investment of time and energy. I’m happy to make that investment when the person is hard-working, eager to learn, and good with the kids. My most recent collaborator, Alicia Hepburn from OISE, was wonderful. One thing we discussed over and over was my students’ seeming lack of motivation. She’s only six years removed from grade 12 history and seemed perplexed by the students’ inconsistency and lack of motivation. I thought I’d explore that idea further.

What are the usual things that we assume motivate high school students in their final year (most of which are external): marks, marks, marks. I thought, perhaps naively, that learning for the sake of it might be one of those motivators.  That having interesting conversations with their peers might be one. That relating historical topics to current events might be one. It turns out I have to work a lot harder to manufacture motivation. Last year’s enthusiastic class certainly had motivation to participate in class. Did they have motivation to do good written work? Perhaps that was lacking and I was duped by the shiny bells and whistles of participation.

This year I am investing much more time into creating an effective Minds On for each lesson. If done well, it can be really good at hooking students; in other words, it creates motivation that is supposed to last throughout the lesson. Alicia, my student teacher, also did a really good job of using an effective Minds On at the start of each lesson. Together, we discovered that a well-structured Minds On can help alleviate the time crunch in an inquiry lesson because it contributes in a fast time AND it gets students thinking. Here are a few examples.

Alicia created this Minds On for an introductory lesson on industrialization in Britain: In which ways did industrialization affect women’s lives positively and negatively? Students were to answer using these two simple slides (note that the example is American, not British, but the point was taken). This exercise really set up the rest of the lesson very effectively. Students had a basis for making sense of the rest of the lesson in the context of the before/after comparison.

I created a similar example of a Minds On in the introductory lesson to imperialism. I simply showed an image and a quote and asked students to brainstorm the advantages and disadvantages of imperialism from the perspectives of the colonized and the colonizers. The image is a 1909 map of railways in India.

“One thing is granted, namely, that this government does not suit us. As has been said by an eminent statesman – the government of one country by another can never be a successful, and therefore, a permanent government. …One fact is that this alien government has ruined the country. In the beginning, all of us were taken by surprise. We were almost dazed. We thought that everything that the rulers did was for our good …We are not armed, and there is no necessity for arms either. We have a stronger weapon, a political weapon, in boycott. We have perceived one fact, that the whole of this administration, which is carried on by a handful of Englishmen, is carried on with our assistance. We are all in subordinate service. … I want to have the key of my house, and not merely one stranger turned out of it. Self-government is our goal; we want a control over our administrative machinery. We don’t want to become clerks and remain [clerks]. At present, we are clerks and willing instruments of our own oppression in the hands of an alien government, and that government is ruling over us not by its innate strength but by keeping us in ignorance and blindness to the perception of this fact.”

The result set the students up perfectly for the rest of the lesson. I couldn’t have been happier with my new Minds On experiment. I shall write more about lesson design in my next post. In particular, I have recently learned about the natural connections between inquiry and the cognitive learning cycle of the brain. 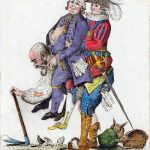 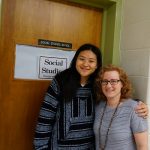 Where Business and History Meet 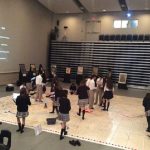