A2. Inquiry: use the historical inquiry process to investigate perspectives of different groups on some significant events, developments, and/or issues related to the shift in power in colonial Canada from France to Britain (FOCUS ON: Historical Perspective; Historical Significance)

A2.6 communicate the results of their inquiries using appropriate vocabulary

A3.5 describe significant interactions between various individuals, groups, and institutions in Canada during this period

A3.6 identify some significant individuals and groups in Canada during this period

As cited in the First Nations, Metis and Inuit Curriculum/Resource Guide:

The quantity of the work expected could also be varied to meet students’ needs. Teachers may want students to have access to laptops. Additional time can be allotted if students need it. One to one assistance could also be offered.

Cited from a PowerPoint presentation from John (Indigenous) and Angela (non-Indigenous), speakers who came to our Fundamentals class at OISE to give a presentation.

Other resources for teachers include:

Teaching Each Other: Nehinuw Concepts and Indigenous Pedagogies by Linda H. Goulet and Keith H. Goulet

Model to students how you would like to be called (e.g., I am Macedonian not just Eastern European)

Invite students to, in small groups, discuss how they would like to be called based on where they are from and share as a whole class discussion

Then progress to telling students the importance of recognizing the land they are currently on, discuss the announcements (land acknowledgement)

First Nations – are the first inhabitants of Canada, also sometimes replaces the word “band” for some First Nation communities

Metis – traditionally refers to the descendants of partnerships between European fur traders and First Nations women, distinctive from First Nation groups with their own set of traditions and cultural practices

Inuit – are Indigenous people who live in the Northern part of Canada like Nunavut, for example

Do a concise reflection of one paragraph on their beliefs about how we call Indigenous people today and why I taught them the vocabulary that I did.

Students can also display their understanding through a mini-presentation where students talk about why Indigenous people want to be called a certain way and their beliefs on the importance of using this vocabulary in the classroom.

Based on the discussions we had during the lessons students will be expected to write two explanations: one paragraph each or alternatively they can draw an image to represent the answer to the two questions below 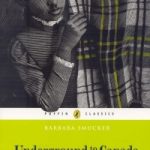