My name is Gary Simons. I was Department Head at Thousands Islands Secondary School and a long time OHASSTA participant and presenter, until my retirement in 2010. I’m also a Governor General’s Award winner for teaching Canadian History.

I’ve developed a new resource for teaching about Canadians in WW2. It’s a resource that I have spent over five years researching and developing – and it’s completely free and accessible over the Internet.

“Duty, Valour, Sacrifice” is a multipart computer simulation that allows students to go through many of the experiences of Canadian soldiers, sailors and airmen in WW2 – as well as teaching students about the overall war story. It contains over 1000 screens, 200 tests and challenges and 2000 authentic images.

Students begin their journey in the summer of 1939 as the storm clouds build. They make the decision to enlist and then select which service they’ll join. From this point the simulation splits into three stories. In each story the students go through training camp tests and experiences before entering active service. Every major WW2 event, from each theatre receives a mention – often in the form for news headlines  – all Canadian stories are explored in depth. Every story, challenge and experience is based on actual events. As well I’ve included many diary and journal entries and links to original sources.

In the army scenario students receive their Basic Training in Canada, and then sail to Britain for Advanced Training. After years of training and witnessing events they fight at Dieppe, learn about “mouseholing” at Ortona,  and fight in all the Canadian campaigns from Juno Beach, to Falaise, to the Scheldt, through the Reichwald forest, and then into the Netherlands. At every stage they are challenged and tested and mistakes can lead to death.

In the RCN scenario student train at HMCS Cornwallis before doing convoy duty on a “River” class destroyer. They learn about convoys, the dangers of fog, sea raiders, and the frustrations of hunting U-Boats. At the end of each year they see how well the convoys are faring against the wolf packs.  Students see how the Allies won the naval technology war and the Battle of the Atlantic in 1943 before their ship is reassigned to the “Western Approaches” in preparation of D-Day. They face the same challenges HMCS Haida and Athabaskan faced in night-time gun battles along the western coast of France.

The RCAF scenario starts more slowly. The Air Force wasn’t ready to accept large numbers of recruits until 1942. Beginning in 1942 the student goes through the many levels of flight training necessary to become a combat pilot. Some are chosen to join Fighter Command, flying Spitfires. Other are assigned to Bomber Command, flying Halifaxes. From 1943 until 1945 the student pilots go on the same sorts of missions Canadians actually flew – and face the same dangers. Students have only a 50-50 chance of surviving – which is still much better than the actual survival rate. Fighter pilots fly air cover missions to protect our troops in Sicily and Italy before transferring back to Britain to become part of the 2nd Tactical Air Force, flying bomber escort missions and ground attack missions in France, Belgium, Germany and the Netherlands. The Bomber Command pilots learn all about the challenges of flying night-time raids over Germany against German night fighters and ground defences. Successful pilots will fly 60 missions – all based on actual RCAF operations.

The simulation also covers such issues as the role of women in the war, Japanese-Canadian internment, Native Peoples in the Armed Forces, French-Canadian regiments, the Canadians at Kong Kong, Prisoners of War, the Conscription issue and the “zombies”, and the Holocaust.

The entire simulation is completely free, no charge, no ties and accessible via the Internet. There’s even a built-in Teacher’s Guide. Each scenario is designed to be covered in one to two classes and students are free to “bookmark” where they left off, to continue the next day. Teachers can also simply jump to the sections they want to use, if there isn’t time to do the entire scenario.

The web address for the simulation is dvsww2.ca.   I expect it will also be searchable via Google in the near future as “Duty, Valour, Sacrifice WW2”.

This has been a long-term labour of love for me, and a gift for our students and Veterans. 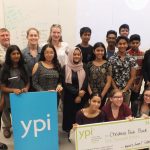 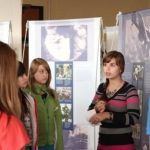