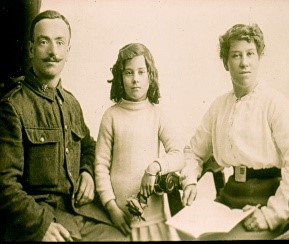 Come Walk Awhile in Our Shoes: A Journey of Ordinary – & Some Not-So-Ordinary -Canadians

My career as a secondary school history/civics teacher began the year after the Toronto Maple Leafs last won the Stanley Cup, and the year that Trudeaumania was sweeping across Canada.

1968 was also significant and controversial in Canadian history education.  In that year, the National History Project in its publication, What Culture? What Heritage? A Study of Civic Education in Canada, stated that “Canadian history in our schools is a bland consensus story, told without the controversy that is an inherent part of history … a too-nice, straight forward, linear, dry-as-dust account of uninterrupted political and economic progress.”

To help address this perceived “bland consensus story” in history education – as well as in other subject areas – 1968 witnessed the publication in Ontario of the ideologically progressive Hall-Dennis Report, Living and Learning, that advocated scrapping a teacher-centred and rote-learning model of education for a more student-centred, inquiry-based curricula model.

Within this historical and pedagogical context, the idea of an in-class experiential approach for the teaching/learning of 20th century Canadian history took root and came to fruition during my MEd program in curriculum design at Queen’s University in the late 1970s.

Since then, the content of Come Walk Awhile in Our Shoes: A Journey of Ordinary – & Some Not-So-Ordinary – Canadians, 1900-45 & 1945-99 has been extensively expanded and has embraced digital technology.  It has been endorsed by students, parents, teachers, history educators, and nationally-acclaimed historians.

In 2017, this innovative strategy is appropriately compliant with the strands, expectations, and the pedagogical thrust of the mandatory Grade 10 History program as prescribed within the 2013 Revised Ontario Canadian and World Studies curriculum document.

Come Walk Awhile in Our Shoes is a multi-perspective learning approach that takes history students on collective and individualized journeys through the impersonal macro-events (e.g. the so-called “Laurier boom years,” the First World War, the “Fabulous Fifties”), which shaped the Canadian experience during the 20th century.

At the beginning of the Grade 10 course, each student selects and assumes a personal profile that incorporates gender, ethnicity/ancestry, locality, and socioeconomic status.  This personal profile provides each student with an unique identity lens that enables them to age and to vicariously experience the Canadian macro-events of the century.  Students are “walking in the shoes” of their great-grandparents’ (1900-1945), and grandparents’ (1945-1999) generations.

The student personal profiles fall into two categories: ordinary Canadians, and not-so-ordinary Canadians. Some examples of ordinary Canadians from the 1900s include a Japanese fish cannery worker from Steveston, BC, a Sikh sawmill worker from Golden, BC; a Welsh miner and former Methodist chapel preacher, who is a labour organizer in the coalfields of the Crow’s Nest Pass, BC/AB; a German Mennonite immigrant from Czarist Russia, farming near Rosenfeld, MB; a recently-arrived Italian immigrant working in one of the largest tanneries in the British Empire, Huntsville, ON; an unemployed English abattoir worker from Peterborough, ON, who is severely depressed, the result of his recent experiences in the South African War; a terminally ill French-Canadian worker, who has contracted tuberculosis at a damp textile mill in Valleyfield, QC.  Finally, an African Canadian, who is a coal-handler, toiling in the busy port of Halifax, NS.

Over one hundred personal profiles represent a diverse cross-section of backgrounds, interests and perspectives in Canadian society from the beginning of the last century.  When students assume the identities of their personal profiles, they become the imaginary daughters/sons, the nieces/nephews, the siblings of these ordinary and not-so-ordinary Canadians.

Students are confronted with specific dynamic situations within the historical context of the macro-events (e.g. the anti-Asiatic Vancouver riot of 1907 during the “Laurier boom years”), which impact their personal profiles’ lives and those of their families.  Significantly, these dynamic situations can “hook” teenagers at both the cognitive (critical and historical thinking) and the affective levels of learning – so fundamental for sustained engaged learning.

These personal profiles and dynamic situations provide a wealth of opportunities to illustrate the 2013 curriculum concepts of empathy, social justice, and significant “agents of change” within the Canadian narrative.

Today, as in 1968, the crucial question remains: how can teachers in the present, authentically invite and capture the minds and hearts of adolescents – future citizens of our democratic society – in a critical and reflective study of Canada’s past that is informative, yet exciting?

If you wish a more detailed description of this learning strategy, or have comments, questions, please contact Peter at pkear@tyndale.ca, or go to his Facebook page at 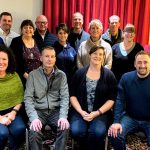 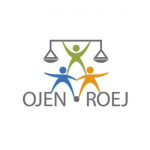