Profiles of people working in the area of history but not necessarily as history teachers.

Active History is a website that aims to, in its own words, “connect the work of historians with the wider public and the importance of the past to current events.”

I was actually headed in quite another direction in high school. Although I’ve always been interested in history, by the time I got to Grade 12 I was most interested in studying economics. So my high school experience involved a lot of math and sciences courses—physics, biology, calculus—and not much history. That changed pretty quickly when I got to the University of Toronto, however: I found the economics material baffling, the classes huge, and the program a bit alienating. Within a year I had switched streams from Economic & Commerce to History & Classics, and I certainly don’t regret it. Based on that experience, I really think anyone who has the luxury of going to university should treat it as an opportunity to grow and change: let yourself make mistakes, and learn from them.

We think history matters. The main idea behind active history is that history has a role to play in our daily life, and the decisions we make as individuals and societies. This isn’t a new idea: history has always been one of the core elements in a liberal arts education, or in civic education, and that is reflected by its presence in curricula across the world. History is all around us, in public commemoration, in the news, in the stories we tell about ourselves.

We initially set up the project as a means of connecting the research done by academic historians—professors, PhD students—with the public. We wanted to produce work that was not only rigorous, but widely-read and accessible. A blog seemed like the best way. There was also an interest in finding ways to connect our work on the past with the present. That has to be done carefully and honestly, not by telling people that “this is what happened in the past, therefore we should do this” but by suggesting that as individuals, communities, and societies we’ve usually been there before, and the ways we’ve dealt with similar issues in the past can help us figure out what to do today. Finally, active history to us is also about sharing authority. We don’t want to say that having a PhDs or other professional qualification gives us a monopoly on telling stories about the past: instead we want to open up historical practice and make it collaborative. This is especially true when dealing with communities—Indigenous people, newcomers—who might not have a voice in traditional history. Active history is also about giving voice to the widest possible spectrum of human experience, and challenging narratives of dates and battles with that diversity.

That’s one of the reasons that the idea of active history has been attractive not just to history professors and PhD students, but to high school teachers, archivists, museum professionals, and other people who work with history every day. We’ve really been pleased to see the project take off, and become a platform for communication between people learning and doing history, a classroom resource, and a creative space. As a movement active history is fluid and democratic, and we like that.

Why and how did you get involved in ‘active history’?

I started writing for the site in 2012. Studying the history of city politics in Toronto, and living through Rob Ford’s election and the ensuing scandals, I thought there was potential to provide some useful comments. One of my most popular posts was a history of municipal conflict of interest in Canada, which helped people understand just what that complicated set of regulations was, and how it had worked out for other politicians accused of a conflict. In 2014 I was invited on as an editor, and I’ve been in charge of public outreach for the site ever since. It’s been a great experience, although at times demanding given my other responsibilities as a researcher.

In what ways do you see young people getting involved in ‘active history’?

As readers, as learners, but also as producers. There are any number of ways to be an historian: you can record interviews with your grandparents and learn about their life stories; you can create a video tour of the history of your community; you can get a summer job as an historical interpreter at a local museum or historical site.

At our last conference, in London in 2015, we had a number of undergraduate and graduate students get involved. One of the most interesting things they are doing—and I think we younger people are uniquely able to do—was taking history online. Now is the perfect time to make history apps, history blogs, history websites & videos, and just generally give history the digital presence it deserves. The museums and textbooks of the future will all be partially or fully online.

I don’t think enough people know about ‘public history’. Can you explain what it is.

Public history and active history have a lot in common. Basically, public history is history we do specifically for a public audience (rather than an academic one). It can include writing in a magazine, organizing walking tours. It offers a lot of job possibilities beyond the traditional role of professor/researcher. There are professional Public History MA programs at several Canadian universities, including Western & Carleton. These programs have had great success training students for work in a range of contexts: for example, the current program director at Heritage Toronto is a graduate of the Western Public History MA. Other universities, like York, have recently created public history courses that include a placement in a heritage organization.

I see you’re very interested in urban history. How did this come about?

Living in the city—I grew up in west Toronto Junction—exploring, and wondering how all of this happened. There is no greater, more complex, more fascinating human creation than the city. I’m constantly amazed at its changes, its growth, its people, and the ways we work out informally each day so that 5 million people can live together in the same place. It’s messy, the politics are often complicated and ugly, but it’s also beautiful. And cities are the reality for 80% of Canadians, so a subject we should all be trying to understand.

I had wonderful teachers for the two (early) high school history courses I took, teachers who gave me the freedom to explore subjects I was interested in, who helped the subject come alive. I seem to remember doing projects on Tibet, on ancient Greece, and South Africa.

From where you sit, what should high school students be “getting” in their history classes?

It’s a challenge to balance conveying content—what we think happened—and teaching students how to think critically about it. I think the latter is most important, but it’s impossible to develop a critical perspective without learning about specific past events. My hope for high school history education is that it helps students make sense of the past of their family, community, and society, and understand how patterns in the past have shaped their lives today, and will continue to do so. Like so much of history teaching, it is a chance to relate a sense of the past as a tangible and often powerful force. For example, so many of us grow up in households where there are multiple pasts, multiple stories: stories from a country of origin, another region of Canada, life stories. It is a wonderful thing to put together the tools to understand those personal stories in their larger context, and how they relate to stories being told more publicly, like the story of Canada or globalization.

What’s the most important skill high school history students should have to be successful in a history program at university?

There are quite a few skills that help: clear writing, research skills, verbal communication. If I had to choose one thing, it would be the ability to think critically about a set of sources—newspaper articles, books, videos, Wikipedia entries—understand who wrote them, what they are trying to convey, and how they fit together to help us understand the past.

How do you think the Trump presidency will affect young Canadians?

Plenty of ways. The most positive I can think of is that it may inspire young Canadians to get involved in politics in a more meaningful way, to learn what works about our systems and what doesn’t, and try to fix the problems. 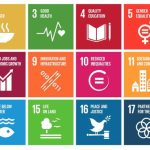