New Ideas for Curriculum: More Books and their Insights into How to Shape Curriculum

By students of John Myers at OISE

The Girls of Atomic City: The Untold Story of the Women Who Helped Win World War II by Denise Kiernan offers a fascinating look at a period in American History and recounts the personal experiences and firsthand accounts of various women in the 1940s who were recruited to a secret city, called Oak Ridge, in Tennessee. They were enticed by high wages and the promise that their work would help end the war; however, they were kept in the dark and deceived. In fact, their hard work and efforts were direct contributions to the manufacturing of the atomic bomb that was dropped on Hiroshima and Nagasaki. The realities of propaganda, secrecy and at times, optimism and excitement are illustrated in this novel, drawn from women (who are now in their eights and nineties) who contributed to an unforgettable chapter in American history.

With a focus on the role of women based behind the scenes, students can use the book to understand the reality of this event and gain insight on the large amount of strategy, leg-work and secrecy behind the project; in essence, they would gain awareness of varying perspectives on the Manhattan Project. This resource can be incorporated into a lesson that analyzes the key events that led to the atomic bomb’s manufacturing. One activity would be grouping students and having them read the viewpoint of one of the women and compare and contrast the similarities and differences between all of them. Each group would share with the class; the objective would be to develop insight of real and authentic viewpoints. Also, the book would be a good resource to discuss government control, deception, individuals’ vulnerability, along with creating debates over whether the atomic bombs had just cause.

A Canadian comparison can be made with Bomb Girls. Google the historical event and the TV series based on it.

Liar, Temptress, Soldier, Spy: Four Women Undercover in the Civil War by Karen Abbott recounts the true tales of four women, Belle Boyd, Emma Edmonson, Rose O’Neal Greenhow and Elizabeth Van Lew, who each in their own way play the role of liar, temptress, soldier and spy during the American civil war. Whenever we discuss the major events of the civil war we tend to highlight the major battles or the major players while glossing over the contributions made by less notable individuals. Abbott’s book does no such thing; she recounts the roles of these four women in an intricate narrative that delves into the roles and expectations of women on opposing sides, the union and the confederacy, and who would overcome varying hardships. Through these differing perspectives, she has been able to easily touch upon the conflicting viewpoints between the northern and southern states and the shocking realities of war. This book can be integrated into the unit of the American civil war due to its rich and diverse examination of the different perspectives based on these four female historical figures. Furthermore, it can be used to build a foundation and justification for the advancement of the women’s movement and women’s suffrage that would follow.

By using this book as a resource students will have concrete examples of individuals who contributed to the war efforts. These exemplars would help them to understand how people, namely women, participated in the war efforts, in an interesting read. In addition, because the characters challenge the societal pressures of the time period I believe that my students will be able to associate the struggles of these characters and find parallels with their own lives and immerse themselves in the viewpoint of another person. Since the book is written about four different women it is possible to divide the book so that each student reads about the life of a different character; then a member from each group can summarize the other character for the other group members who did not read about that person. After having done so the students can then research about other less noted individuals who contributed to American history and present their findings to the class, bringing forth new perspectives and addressing new issues.

I Know Why the Caged Bird Sings depicts the story of the early years of the late poet and author Maya Angelou. Set in pre-World War One United States, Maya takes the reader on a journey beginning in the very racist south through the hardships she faced as a woman of colour. She touches on a myriad of topics, such as poverty and homelessness, the lack of parental guidance, the fluid roles of men and women, questioning sexuality, rape, and pregnancy. The story begins with the divorce of Maya’s parents when she and her brother relocate from family to family in the context of racial prejudice and the Second World War. The story chronicles her beginning school in San Francisco, through to a journey of finding herself and her sexuality. It ends with the conception of her child.

This story is relatable to any teenager as it speaks to everyone’s humanity. I would use it as a mini novel study particularly when studying different minorities in America during the war. So often the contributions of women of colour are overlooked when recounting events in history. This autobiography sheds light on a black woman’s place in society and her contribution to the American fabric. I would probably do an introductory lesson on the civil rights movements and then prompt inquiry into what led to such a drastic change in American culture in the 1930’s and 1940’s. We would study how America’s involvement during the war affected racial and family dynamics on the home front. I would have my students study the chapters in the book where Maya is homeless and lives with the junkyard teenagers. At this point the students would reflect on the various opinions of Americans in regards to the war. The students would then have a debate on the three characters involved and make connections to Canada’s poverty and racial tensions today.

Rapport: Recognizing Diversity in our Courses 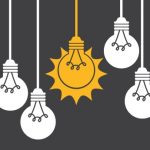